Discipleship Ministries | Same Calling As Everyone Else

Home Blog Same Calling As Everyone Else

Same Calling As Everyone Else 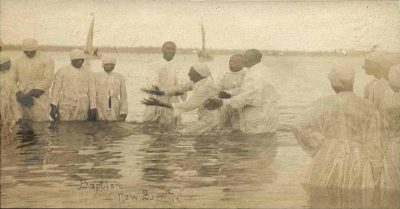 When I was serving as a Chaplain to Older Adults, I observed people who in retirement reinvented themselves. They were able to successfully navigate taking on new roles, to form a new identity or self-definition, and hear God's guidance in these new endeavors. I also observed more than a few whose retirement meant a loss of roles which they were never able to fully accept. I hope when I retire, I will be like the former group rather than the later.

Case in point was a mentor and friend, Dr. Richard Morgan who became an example of the type of last quarter of life, I hope to have. He has had at many other careers in retirement Author, Writer, Volunteer Chaplain, Hospice Worker, Sports Enthusiast, etc. He was a minister in life but has never let that define him exclusively. Another retired pastor that I served as Chaplain was the direct opposite. Unlike Dick he insisted that he still be called Rev. He had a doctorate degree, and asked him why he did not go by that title instead, and his answer was he was "I am foremost and primarily a pastor." He had not pastored a church in 15 years of retirement, but in his mind he was still an active pastor.

The roles in life actually get in the way of who we are in life. This is a very true statement. For a time, I stepped away from the role of clergy. Actually I have stepped away 2 more others times first as a chaplain and now as a Director of Agency in the Church, but this time was different. My chief employment was not ministerial and so I attended worship really as a layperson, only occasionally filling in for an away pastor. I continued in this role of being a layperson for much of 3 years. I had to wrestle with the question of "Who am I when I am no longer whom I've always been and what I had trained to do." I was not allowed by church rules to serve anywhere unless I received special permission to do so. Effectively, I was an ordained layperson.

This was important learning lesson for me. As a layperson, I returned to an earlier status which I had held before I became ordained. My call to ordained ministry I was not utilizing so it was dormant. But my call to service and my commission to ministry were not dormant or inactive. No on the contrary. I remembered that I had been baptized as a child, and that this process had been confirmed in Confirmation, and even reaffirmed through Reaffirmation of Faith, which should be renamed as a re-commissioning or recalling of me to the ministry of all believers, and this became my role, my call, my commissioning by God.

This period of my life though painful was very instructive for my ministry today which is to provide leadership in Older Adult Ministry to the church and to teach laity and clergy alike how to age spiritually, gracefully, and practically? Older Adults, especially those who do not re-invent themselves face a loss of their primary self-definition or identity. We clergy give our primary self-definition or role when we become ordained. Ordination gives us a new role in life, but what I discovered during my time as a layperson was that being a layperson was not something that ever left me, but something that I had unfortunately left behind myself. What I discovered was that the calling that God had given me in Baptism was still a part of me even if ordained ministry was not. I was still the same person I discovered though I was not performing the same type of service for the Kingdom.

This reclaimed role as laity was important for me. It has framed the service I have had as an ordained clergyperson ever since, Whether I serve as chaplain, or director it doesn't matter I am still a lay servant. I now realized that my first calling from God was to be a layperson. I did not turn that in when I became a pastor; it was still my calling and indeed my first calling. In Baptism we are called to give ourselves to God and to do so in service. My service as a layperson during my time off was to primarily to heal and to prepare for the next set of tasks God called me to. My calling as a pastor is to develop myself as an instrument of service for God's use, not my own and to prepare myself to the next set of tasks God wants me to pursue. This is the same calling that all ministers have including the ordained. We are called to work together as equals, the operative words here are equal and together. Working with is not the same as working together. I know I know sometimes laity and clergy alike including Bishops think that working with really means working for, but we work for God and as such, we all have our Baptisms as our first invitation to ministry of service.


I think the key thing for all of us, especially us clergy to know is not one role in life never changes and that is our role to be ourselves by being who we are. Our role as clergy-person is to be a part of the ministry of all believers and lay servants first and foremost. This does not give us more ownership over the programs, direction, and life of the church. We still should work together with other lay servants to serve the kingdom. This should mean too that we are no different in needing to let go of being a pastor when we no longer serve in that capacity. If we do not let go it can get in the way of God helping us redefine or re-invent ourselves as something brand new, with new roles to play in life.