Resources Come and Gone... Back Again 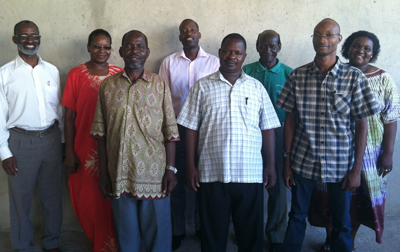 After a writing a workshop in 2010, the Mozambique South Annual Conference leadership caught a vision for writing and providing church resources for their church members that were written, translated, edited, and produced in Mozambique by authors and committed members in their own conference. The team was formed and met in 2011 to develop their first publishing plan focusing on Bibles, hymn books, and a catechism for children and youth. The team began by identifying the assets that they already had.

The Methodist (and later United Methodist) Church was active in Mozambique as early as 1900. And before Mozambique’s war for independence and 17-year civil war, the church had produced a variety of print resources for pastors and lay people. Supported by the missionaries, the resources were widely available in both Portuguese and Xitswa. When DRI first began a partnership with Mozambique South, we met pastors clutching precious and tattered copies of these resources that were hard to find after long years of war and conflict. And these were the resources that team members wanted to edit and reprint for the church in the twenty-first century.

The catechism and Christian education materials from the missionary era were written with solid Wesleyan theology, relevant to the context of the local churches and written in the language of the people. They held great ecclesial – and emotional – value for the people. So much so that the daughter of one of the first Mozambican authors paid for reprinting the team’s first product. 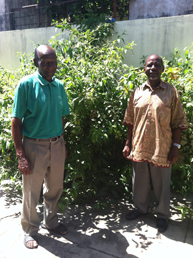 It is inspiring to meet old men who served on the Christian Education committee when they first entered the ministry, who now sit at laptops to edit and reproduce church resources that have long been out of print. The need, desire, and passion for Wesleyan church resources produced in country in the language of the people is as strong today as it was fifty years ago. And DRI is proud to be a partner in this continued effort and ministry.