Discipleship Ministries | Reflections from the First Sunday of Advent

Home Blog Reflections from the First Sunday of Advent

Reflections from the First Sunday of Advent 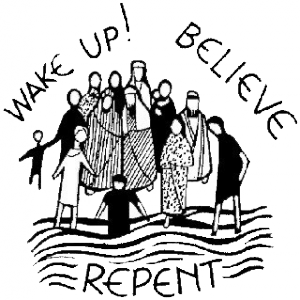 I remember last month when a friend of mine and I agreed to meet for lunch at a restaurant. We agreed that we would meet at the restaurant at 12:30. I arrived a few minutes early and got a table. 12:30 came and went; no friend. Ten minutes went by. No friend. I didn't bring anything to pass the time so I found myself reading the menu and all the promotional stuff on the table; wondering if my friend was ever going to arrive. He finally arrived a little after 1:00.

During that time I asked the waitress if there were any other restaurants by the same name in town. She assured me there were none. My feelings during the waiting ranged from concern, to a little anger, to anxiety and anticipation. Finally, just before I was about to give up and leave, my friend's familiar face peered around the corner with a sheepish grin on his face. He had gotten a late start and got lost trying to find the restaurant.

I hate waiting. It is filled with a curious mixture of anxiety and anticipation. Anxiety over wondering where the person is, if they are okay, if they have forgotten about me, or decided to stand me up. Anticipation for the end of the waiting; for seeing the familiar face and hearing a friendly voice in the midst of strangers. Anticipating the time in a friend's company. Waiting is no fun. It is sometimes a difficult and painful thing to do. But it feels good when it is over.

This season has a two-fold nature; a sort of split personality. The one we enjoy, the one we want to rush into is that of preparing to remember and celebrate the birth of God's son.

Advent is a time to prepare to remember and celebrate the day when God became flesh and lived among us in Jesus Christ. But that comes later. Today we are confronted with the other, more difficult part of Advent; the waiting and watching and preparing for the crucified and risen Christ's promised coming; the promised coming that will bring to completion the reign of God; his reign of justice and righteousness for all people.

The Scripture lessons for the first Sunday of Advent are about this more difficult part of Advent. The lessons from Jeremiah and Luke tell us that God is faithful, that God will keep his promises, and faith in God gives us hope in what seem to be hopeless times.

Jeremiah was a prophet in Jerusalem. He lived during a time when the city was besieged and later destroyed by the invading armies of Babylon. The armies swept down on Jerusalem, destroyed the great temple of Solomon and took the leaders of the city back to Babylon where they lived in exile. Everything the people knew and held sacred was destroyed. They were forced out of their homes to live as foreigners in a foreign land. In the midst of this hopelessness, Jeremiah wrote:

The days are surely coming, says the Lord,
when I will fulfill the promise I made ...
In those days and at that time I will cause a
righteous Branch to spring up for David;
and he shall execute justice and righteousness
in the land...
And this is the name by which it will be called:
"The Lord is our righteousness."

The exile was a time of judgment during which the people were punished for disobeying God's law, worshiping idols, and oppressing the poor. But in the midst of judgment, God promised to restore the nation. God promised to raise up a messiah who would rule with righteousness and justice. Jeremiah offered the people hope in the midst of hopelessness. He assured them that God would not abandon them, even in exile. Nothing could break God's covenant with them. Nothing.

Jesus told his disciples to watch for the signs that will tell them of the coming of God's kingdom. He told them,

There will be signs in the sun, the moon, and the stars, and on the earth distress among the nations, confused by the roaring of the sea and the waves. People will faint from fear and foreboding of what is coming upon the world, for the powers of the heavens will be shaken (Luke 21:25-26).

Like Jeremiah, Jesus was telling his disciples and everyone gathered in the temple in Jerusalem about a time of judgment coming upon the earth. Only this time, the judgment would not be limited to only Israel. It would involve the entire universe. He was warning his disciples that these things were coming and they needed to be ready for them.

This coming of the risen Christ is what Christians are waiting and watching for. The signs are all around us, and they have been for hundreds of years: wars, natural disasters, violence, chaos, despair and hopelessness. All of these have been with humanity for centuries. Jesus is also very clear that only God knows the time. God and only God will determine the "when" of God's coming and his day of judgment.

So then what are we to do in the mean time? Jesus tells us to not concentrate so much on the "When" but rather to concentrate on the "Who." In other words, the church is called by Christ to be a sign community; a sign community pointing the world to Christ. We cannot be the kingdom of God, but we are called to point people in its direction. That is what a sign does, it points people towards something and tells them how to get there. The church was created by Christ to be a community that points the world to him and the reign of God that is present now and is coming. The gospel urges the people of the church to pray that they will show the world what they are waiting for by the way they live.

Let us keep a holy Advent. Let's take time to watch and wait and prepare our hearts for the coming of the crucified and risen Christ. As we are watching and waiting, let us pray about the ways we are a sign community that points people toward Christ and his kingdom. Will we be ready when he comes?

“Now may our God and Father himself and our Lord Jesus direct our way to you. And may the Lord make you increase and abound in love for one another and for all, just as we abound in love for you. And may he so strengthen your hearts in holiness that you may be blameless before our God and Father at the coming of our Lord Jesus with all his saints” (1 Thessalonians 3:11-13).