It’s been a decade since Path 1 was introduced and affirmed at General Conference 2008. The movement to start new churches was a response to a crisis of decline in the United Methodist Church in the United States. Congregational developers, bishops and others around the denomination wrestled with the question: What to do?

To understand the impact of Path 1, and to celebrate the accomplishments over the years, we’re collecting oral histories of people who have undertaken this journey. This includes congregational developers, bishops, strategists, United Methodist agency staff and many others. 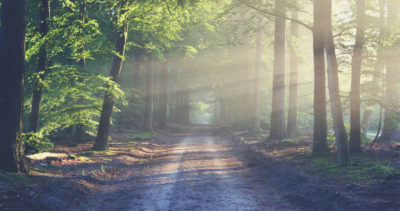 Before Path 1, the denomination’s future looked gloomy. More than 2.6 million people had left the church since 1970. In 2004, church membership fell by more than 1,500 people per week. By Christmas that year, more than 80,000 people had left the UMC in America, even as population projections in the United States pointed toward growth.

The National Network of Congregational Developers met in the spring of 2005 to assemble a task force to study possible solutions.

I suggested lets call it Path 1, because its really our priority. Its the path out of the malaise were in, the confusion were in. And if we focus together across the nation on this, and the world, we could get back to an Acts 2 kind of church. Rev. Barry Carpenter, congregational developer, currently lead pastor at Destin UMC, Destin, Fla.

Then, in May 2006, a summit on church development brought together the Council of Bishops, the General Boards of Global Ministries and Discipleship, and the congregational developers. Later that year, the National Plans from GBGM joined the conversation. The movement was gaining traction.

I would say the church in the United States began to wake up. Rev. Anita Phillips, Executive Director, Native American Comprehensive Plan

By the time key components were affirmed at General Conference 2008, Path 1 had already been brought into what is now Discipleship Ministries. Rev. Tom Butcher, part of that original network of congregational developers, led the effort. He hired a staff that included Rev. Dr. Bener Agtarap, the current executive director.

Path 1 began as a church start initiative. Its mission has evolved over the past 10 years. Instead of focusing simply on starting new churches for new people, it now seeks to create disciples through new faith communities in new ways.

Since we put our emphasis and action on church planting, the trend actually grew by almost 1 percent in terms of membership. That tells us that if we will keep pushing and commit ourselves to church planting, making new disciples through new places, that 1 percent can grow. Rev. Dr. Bener Agtarap, Associate General SecretaryExecutive Director, Path 1br

The UMC has started more than 1,000 new faith communities since Path 1 began, with a combined worship attendance of almost 100,000 new people, according to the Lewis Center for Church Leadership.

There is still work to be done, but the efforts so far have begun to bear fruit.

As I anticipate celebrating Advent and Christmas this year, I am reminded of the story of Steve Chung and how he brought a whole new meaning of t. . .