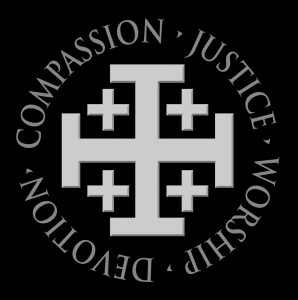 Leadership in the Wesleyan Methodist movement is historically a partnership between laity and clergy. In the early nineteenth century Methodism experienced rapid growth. Most clergy were responsible for several congregations spread across large geographic areas known as “circuits.” The clergy of this period were known as “circuit riders” because they traveled on horseback from congregation to congregation. They typically arrived in each congregation once every three months.

During the weeks and months the ordained pastor was absent the pastoral ministry of discipling (teaching and caring for) the people of the community was done by lay persons known as “class leaders.” Methodists were required to meet weekly in small groups known as “class meetings.” A class consisted of 12-15 people lead by a member of the congregation who the pastor and congregation acknowledged to be a leader in discipleship. They worked as pastoral partners with the ordained, appointed circuit rider.

The system of class meetings and the pastoral leadership provided by class leaders freed the ordained clergy to itinerate and evangelize. Its focus on discipleship and mission led to rapid growth and congregational vitality. Methodism is at its best when clergy and laity work alongside each other as partners in the mission to make disciples of Jesus Christ for the transformation of the world.

Now is the time for United Methodist congregations to re-discover and re-tradition the ministry of lay pastoral leadership of the class leader. Experience and tradition tell us that disciples make disciples. The Wesleyan tradition provides us with a proven and effective method for disciple-making in the 21st century.

Where are class leaders for today to be found? They are the women and men who are ready and willing to be intentional and accountable for their discipleship. They are the members of the congregation who are seeking to live in the world as disciples of Jesus Christ.

Covenant Discipleship groups are designed for such persons. Some members of Covenant Discipleship groups will serve as class leaders. God calls lay persons to serve as leaders in discipleship in their local community. The dynamic of weekly accountability and support for discipleship helps persons to discern the call. The congregation and pastor affirm the call (see “An Order for the Commissioning of Class Leaders” in The United Methodist Book of Worship, pages 602-4).

Class leaders for today work alongside the appointed pastor as lay pastoral leaders. They are given limited pastoral responsibility for a “class” consisting of up to twenty members of the congregation. Each “class” serves as a pastoral unit of the congregation. The class leader’s job is to help the members of his or her class live and grow as faithful disciples of Jesus Christ shaped by the General Rule of Discipleship: “To witness to Jesus Christ in the world and to follow his teachings through acts of compassion, justice, worship, and devotion under the guidance of the Holy Spirit.” They do this through regular contact with class members via telephone, email, and personal visits.

Re-traditioning the class meeting and, in particular, the office of class leader will go a long way to help United Methodist congregations grow in vitality and mission. The church needs to equip and deploy the lay women and men whom God is calling to serve as leaders in discipleship among the people of their home congregations and communities. The church needs to recognize and affirm their call by commissioning them to serve as class leaders, leaders in discipleship who make disciples of Jesus Christ for the transformation of the world.

To learn more about class meeting and class leaders of today, read Forming Christian Disciples: The Role of Covenant Discipleship and Class Leaders in the Congregation and Class Leaders: Recovering a Tradition both by Dr. David Lowes Watson.