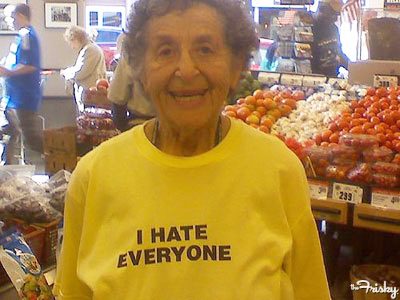 As I flew past my 50th birthday, a few years back I did not think much about it. I did not think of myself as Old, even though at the time I jokingly said, I am getting ready to celebrate the 10th anniversary of my 40th birthday. Now that I reached double nickels and beyond, I am beginning to feel old. As Janet said to me the other day, “it is one thing to be in the early part of a decade of living, but once you pass the mid-point, it feels a lot older to you when you no longer can say I am in my mid whatever’s.” While intellectually many of us Boomers still think of ourselves as fairly young, (I am 57), I am starting to see that to the world I am no longer young. To the world because I am looking my age I am getting old..not er but old…ish. I do not feel old even so why should I be old. Perhaps you aren’t as young as you feel, to the eyes of others.

I admire Older Adults and their wisdom. I aspire to grow wise and wonderful like those I know; just not yet. I think I realize older adults are often stereotyped if not marginalize. I have observed this over my lifetime in others and myself. As a kid I would believe that old people all drove slow, until I met a 70 year old who raced on weekends. Or I thought that rock artists all should be under 40 until Mick Jagger passed that milestone ages ago. Let’s face it though stereotypes have a kernel of truth and often fit a few people quite well, but they do not fit everyone. On the professional Facebook page I am always posting a few pics or articles of those who have collected many years, who defy these stereotypes. But I wonder if I am not fighting ala Don Quixote, the windmills here. By posting active, vibrant, amazing people am I not saying: “look the stereotype is true, however these are exceptions?” I think so, but I am left with no choice, because just like a politico who has been unfairly represented by an opponent, such a mistaken belief will continue unchecked, or perhaps grow if it is not confronted.

My friend Carol Orsborne points out most of us characterize older adults in one of 3 ways: Negatively, Romantically, or Realistically. Perhaps, I am guilty of the middle point of view of romanticizing aging and Older Adults. However, realistically characterizing of Older Adults doesn’t usually cut it when the viewpoint of most of the world is not realistic. Those who are not yet of a certain age, see the world and people very differently than us oldsters or in the way they will one day see the world when they are old. I know I do. I did not appreciate fully the gifts and perspective of my elders until I became one of them. Part of the difficulty is of course when a person reaches a certain age when they no longer define or view older adults through a younger perspective, there are plenty more who take their place. There is always those of a different age on the outside looking in, seeing the cultural differences through the lenses of their own generation. That is they do not see Older Adults realistically, but through the eyes of someone young who has not had the same experiences.

Even oldsters and Boomers contribute to this perspective, unwittingly. A friend of mine who is 10 years older than me was trying to tell me “little old lady jokes” the other day. So I asked him, whether he was telling them to me because, they featured women, or if it was because the women were old.” His response was he was telling them because they were funny. But a minute later he begin to be mindful for the first time, that he was contributing to the prejudice and stereotypes of Older Adults by laughing at these jokes. His eyes lit up with the sudden realization, that perhaps the world viewed him similarly.

Actually Ageism works both ways; it is not just Older Adults who face stereotypes from those who are not old like them. Our youth know a little of Ageism too. How many of us want to tell our youth, “you should be more like us?” Maybe we want to say that our youth don’t know very much because they aren’t experienced in life enough yet to know much.” They face folks who think they are as a group irresponsible, lazy, and perhaps stoners. I would be a rich man if I had a dollar for every time I heard church members say to me that “what the kids of today need is a good upbringing of hard work and discipline.” Is this not looking at the youth through the lenses of Adulthood? How many of us would choose a youngish looking woman over middle aged male doctor in choosing our surgeon?

In the church we bring with us the culture in which we live, so yes there is prejudice and ageism here as well. I am constantly hearing about how we need to reach out to young people to help grow the church. I have been hearing this all my life. Or we need to get young families in our church. We seem to prize the young people over older adults including Boomers in our evangelistic efforts. It is interesting it is the same thing I heard when I was a young adult, “we have to get more of you in the church.” Turns out I guess we were so good about getting us young people in the church, that now our church is made up of these young people now grown old. But then we lost all of the young adults who came after us, I guess. We want what we do not have.

Actually, it is amazing we do have as many Older Adults populating our churches as we have because we actually claimed so few of my generation, the Boomers when we were the young adults earlier in life and became turned off by the church. Those we claimed, are actually not representative of those outside of our churches. This is because as a group we are conformist Boomers, which the church did not know how to reach when we were young. Those Boomer who are outside the church are there for a reason. I am skeptical of any youth movement where the whole emphasis is claiming a whole bunch of young adults. It is not looking at the young adults realistically. It is romanticizing them. First, I think that when they become the established largest group within our churches if we claim enough of them, they will want to change the church in ways the church may not want to go. Already you see them being more open to an easing of the restrictions we have in place on the ordination and marriages of folks from the LGBT than their elders. Second, based upon my experience with my generation and the church, I do not believe the church will reach many of the young adults it seeks so desperately to reach.

re than we do and value them equally with the youth of the world. I believe the youth and the Older Adults have a lot to learn from each other. They should because they both have faced ageism.