Is Authority a Bad Word? 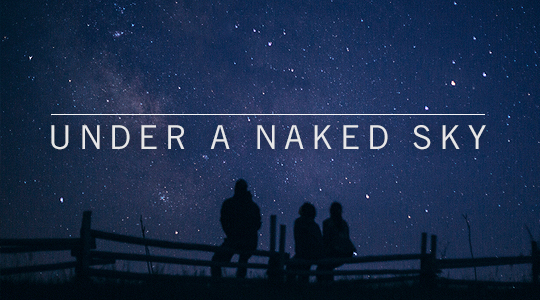 “This is a flattened world...Authority is given away, and those who try to squeeze it, lose it.”1

Have you heard of Sheilaism? Are you guilty of being a Sheilaite? Sheilaism, coined from an interviewee in Robert Bellah and Richard Madsen’s book Habits of the Heart, is used to describe a religion that is based on an individual’s accumulation of various religious elements. It is an individual and private religion. No thought is given to a holistic foundation for formation. The individual pseudonymously referred to as Sheila took parts from the religions she liked to form her own religion, which she termed “Sheilaism.” The problem with Sheilaism is that each person's version is unique and non-transferable. Because it is unique, it has its own vocabulary and rituals. Thus you can’t be baptized into Sheilaism or take from a common cup.

The prize of Sheilaism is that the self is the reigning religious authority. This is the logical end of individualism freed from all external authority. This reveals what our individualistic culture least wants to admit: we all have need for authority residing outside ourselves.

Eugene Kennedy and Sara Charles’ book, Authority: The Most Misunderstood Concept in America, highlights our failure to distinguish between authoritarianism and authority. Authoritarianism is about forced power, control, and rigid rules. Authoritarianism is vastly different from authority. Authority shares its root with author and augment. It comes from the Latin word “augere,” which means to create, to enlarge, to make able to grow. And so as the writers observe, “Authority may be understood as energy expended not for its own sake but to be transformed through the process of its transmission into growth in others.”2 This confusion results in what has nearly become a virtue in our culture – anti-authority and/or anti-institutionalism.

Thus, it is not uncommon for people to seek God outside the institution of the church and by extension, the personification of the church, the clergy. So Oprah becomes a more sought-after spiritual guide than professional clergy.

Of course, it is easier to project onto and blame an impersonal institution rather than deal with our own fears, failings, and other issues. Without help from any external authority, we often end up with an implicit Sheilaism. When our culture dismisses or eschews organized religion, the result is something akin to Sheilaism or religion created in our own image.

Reflection Questions for Church Leaders:
“Generation X religion is, on the one hand, similar to baby boomer religion in that it emphasizes personal identity, religious experience, and spiritual seeking, but it differs in that it roots the quest for religious identity in community, rather than a more purely personal spiritual quest.”3

1 “Case Study Report on House for All Sinner and Saints.”