E. Stanley Jones and the Dreamers

Yesterday, the U.S. Government rescinded the Deferred Action for Childhood Arrivals program, or DACA. Instituted by former President Obama, DACA brought hope for the children of illegal immigrants who came to this country not of their own volition. These children are often referred to as “Dreamers.”

The news from yesterday recalled a similar time in the 1920s when the US Government enacted a bill that limited immigration and made distinctions for immigration based on race. E. Stanley Jones wrote his first book, The Christ of the Indian Road, which sold more than a million copies, during this time of race-based immigration law. Jones couched his remarks about racism in the United States in the context of what he called, “The Great Hindrance.” What follows is an excerpt from my book, A Missionary Mindset, that references Jones’ disdain for the law enacted. The climate of the country was eerily like our own day. 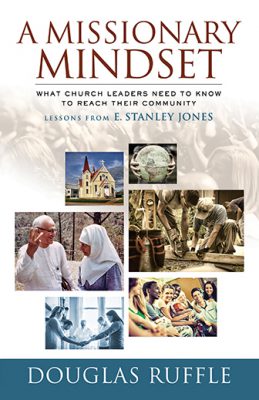 The Christian witness is hindered when Christians fail to love. For E. Stanley Jones, writing in 1925, that lack of love was manifest through racism, accepting war as an answer to conflict, and unfair immigration legislation. It is sad that these issues are as germane today as they were ninety years ago. Jones might observe that the issues are still real because we Christians fail to love the way Jesus taught us to love. Jones constantly challenged Christians to live in a way that was congruent with their professed faith and matched by actions.

The three hindrances—racism, war, and unfair immigration practices—speak of missed opportunities to manifest agape in our time and thus reach our communities with the truth and practicality of the gospel.

Jones wrote of the “snobbery” exhibited when white men from the West behaved as if they were superior to people of color in India and South Africa. He also addressed the unchristian behaviors of U.S. citizens about race relations. Jones wrote that the Indian Asians, as subjects of a British colony, knew enough about Christianity as a religion that they could identify incongruences in its practice. The Indian Asians knew that racist attitudes tear down everything Christians attempt to teach. Moreover, the Indian Asian, from the knowledge his people had gained about Christ, “knows that these things are not Christian.”2

Jones recounted how Mahatma Gandhi, when living in South Africa, was refused admission into a Christian church because of his race. Gandhi commented that Jesus himself would have been turned away from the church because he, too, was a person of color. Indian Asians, he said, had every right to judge Christians for these manifestations of unloving behaviors.

Jones recounted how a Hindu person he knew made the distinction between calling someone a Christian man or woman—where “Christian” is an adjective—and calling a person a Christian. The former is a high compliment. A Christian man or woman is held in high esteem because others see the spirit of Jesus in that person. However, in India during Jones’s day, calling a person a Christian connoted that the person was part of an institution that practiced racism, a civilization (i.e., the United States) where people who professed to be Christian lynched black people, and a country that professed faith in the Prince of Peace but for whom war was often the answer to conflict. The incongruities between the agape embodied by Jesus and the behaviors of Christians were a great hindrance to the acceptance of the gospel.

Many people who live in our towns and cities and who are sought after by new church planters carry the same skepticism Hindus did in Jones’s day about the inconsistency between what Christians profess to believe and the way they behave. They want to know: Do these people exemplify the spirit of Jesus? Do they embody the values of agape, which accepts them where they are and who they are? Or do they more readily reflect a larger culture that says it is Christian but perpetuates the sin of racism, that champions war more than peace, and that is inhospitable to the immigrant?

About the time that Jones wrote The Christ of the Indian Road, the United States government passed the Johnson–Reed Act, an immigration law limiting the number of immigrants to the country by strict quotas based on the percentage of a given nationality already living in the United States at the time of the 1890 census. It completely barred immigration from Asian countries.3 Jones decried the law as racist. “Do not misunderstand me,” wrote Jones. “I am not advocating the flooding of America by immigrants.” But Jones advocated that the standards for entry into the United States be applied to nations alike “regardless of their race, color, or nationality.”4

We are still embroiled in vehement arguments about how we treat immigrants in the United States. As we seek to reach new communities that are composed of people who come from different countries, will our behaviors demonstrate an ethic of agape love, that sees and accepts them unconditionally, or will our actions expose xenophobia? Like Jones, almost a century ago, I do not advocate unremitting immigration. I do believe that our actions and our policies should include rational conversation that addresses all the complexities of the issue and involves the voices of immigrants themselves.

Regardless of the issue at hand, the missionary mindset begins with love—love of a people you do not yet know. We look for the Christ in them. We live out our faith in a way that opens the possibility that the Christ in us meets the Christ in them. To do so we need to exhibit the meaning of “a Christian” that a Hindu girl gave to E. Stanley Jones: “One who is different from all others.”5

The lessons that E. Stanley Jones taught nearly a century ago can help us face similar issues today. As we seek to respond to the rescinding of DACA, how can we do so in a way that gives witness to our faith? How can we invite conversation that includes the Dreamers?