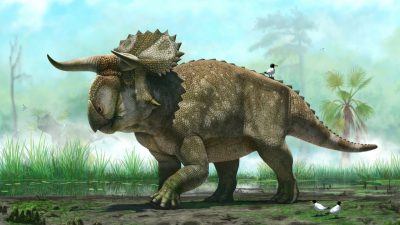 I am a dinosaur. I have finally figured it out. I am comfortable with so many things which I do not want to give up. Hey it is a better way to describe myself than a hoarder. Hoarders are the type of person who is a dinosaur but doesn’t know it. Kind of like the ghosts in the old movie Sixth Sense, “who are dead but they don’t know it.” Dinosaurs are of course creatures who became extinct because the world changed but they did not evolve to fit a changed world. It is also a derogatory term sometimes applied to people who are in danger of becoming extinct because they resist change. Hoarders are I believe a subcategory of said dinosaurs.

Dinosaurs are cute and cuddly, or at least the cartoon characters are. Hoarders not so much!!!! Hoarders were for a time portrayed on TV in the same way as local car accidents, crime, and train wrecks in all their gory details and sensationalism. You really hated to watch that show with the emotionally damaged folks being portrayed, but you couldn’t help yourself or stop watching. The people featured in the show lived in squalor because their whole existence was limited to the self- made prison of things they had built around themselves. The bars that locked them in were built out of a desire to hold onto a way of life which existed before some tragedy or other event of their lives changed things.

Hoarders find comfort in control, in possession, and in the thought of never being in need again. It is a false sense, but a powerful one nonetheless. They are not willing to part with something because they are afraid they will need it later. They are unwilling to move on to a new way of life because they like the one they have just fine. I can say this because I have some sympathy for the hoarder’s position. There are many things I do not want to change in life but I have been forced to do so. I have my list. I am not going to share them with anyone, but I do know what’s there. Suffice to say I dismiss these sensibilities as “Old School.” This is a way of saying, I am refusing to change, and you can’t make me because I am attached to doing things a certain things, no less than a hoarder is to their possessions.

I won’t share my list but I will give you an example of one cherished sacred cow on my list. I am Old School in terms of communicating. I prefer Face to Face visits to meetings over the Phone but Phone Communication I prefer over Texting and I prefer Texting over emailing, and emailing over Skyping, and Skyping over Facebook, And Facebook over Instagram and Instagram over absolutely nothing. Why? My answer is it’s a progression of intimacy. I love connectedness and intimacy even if the rest of the world likes anonymity and quickness or convenience of schedule etc. The whole world has changed and evolved in the ways it communicates but I am still holding on to the principle of intimacy in communicating, where you can see a person’s intimate thoughts as a crease on their forehead or you know from the furrowing of a brow when you have made a stupid comment.

I also choose to remain a part of a church which reflects this desire to hang on to a past way of life. We have a lot of churches in our United Methodist Church who are shells of their former selves and yet can’t reinvent themselves or evolve. They continue to try and recapture the good ole days. They have expensive to maintain buildings and it is almost like what they once were as a church is now getting in the way of what they could become tomorrow because tomorrow is different. We have a denomination which seems bent on fighting over social issues but I see the social issues as really a fight to or not to evolve. Interesting enough, some officials complain Wesley would never have accepted some of the things about modern Methodism and this is used to justify remaining the same. Others trace it back further and say WWJD. Am I the only one who believes God did not just speak to Jesus 2000 or so years ago and Wesley’s understanding while admirable and helpful is limited in its utility for today because Wesley did not live in the 21st century but we do?

I like the old Viagra commercials which featured a classic car (67 Camaro), a classic boat (51 Wooden Chriscraft), etc. But if I had a choice between someone giving me a 67 Camaro or 2014 Camaro, I would choose the 2014 Camaro every time (as long as it was a convertible). The same goes for the boat, meaning I would choose a 2014 Chriscraft any day over the old wooden one. Not that I do not like wooden boats or the old Camaro’s but they were built for a specific era, which I do not belong to because I grew up and moved on. Hey for even us dinosaurs there are some things we have moved on from and evolved into. Some things all of us however, cannot and will not allow ourselves to let go of and maybe we should be pitied for these things. It is a matter of learning how to grieve and let go just like for the hoarders, who sometimes can learn to live differently with an intervention. With boats and cars I have already let go of the old because I have adopted new principles which I now embrace. The old Camaros were pretty but they did not have a lot of the modern conveniences I am accustomed to. There is poetry about and old wooden boat, I will confess, but I prefer the idea of the fore seating area of current fiberglass boats not to mention the inboard engines with present day Chriscrafts over the outboards of yesteryear Chriscrafts.

The Church in general and my United Methodist Church have to decide whether we will be a dinosaur or hoarder. Will we be stuck in the past, being largely a white middle class church or one which sees opportunity in the modern landscape? Will we hold onto our traditions and sense of morality or recognize we are being called to minister to, with, and for folks who are very much different than we maybe are used to and in ways we aren’t accustomed to. Indeed, Older Adult Ministry which I represent is being called to this question. Do we continue to try to offer Older Adult Ministry as we have in the past or do we begin to do Aging Ministry with Boomers, who do not want to be called Older Adults or think they are aging? Do we have single age groups programs or Mult- generational events? Do we accept same gender members and offer them spiritual services or do we send them elsewhere. All of these questions come down to whether we evolve and reinvent ourselves as a church.

Until the church learns to let go of the past, we will never embrace the future. We may think we are simply Old School but we may have become dinosaurs. And we know where this will lead. To fossils.