Christmas Movies for Grownups: A Tradition 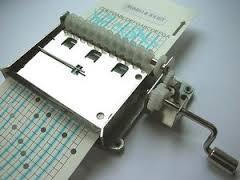 It has become a tradition for me to view movies on Christmas Afternoon. For many years I would spend the morning visiting residents at the Retirement Community, I served as a Chaplain but would then relax in the afternoon with Christmas movies. It all started for me when I was regaled with stories about how the only thing other than the trolleys which use to run on Christmas Day in Pittsburgh was the movie theaters and the movies my older friends saw during these days. This plus Turner running "A Christmas Story" as a Marathon over and over again. Several years earlier I had also watched a seasonal movie in the theaters with my family "Christmas at the Kranks" (which is really an Inter-generational spin on the holiday of Christmas_ and had enjoyed it so much I had rented the movie a couple of years later at Christmas time.This led to me insisting we saw this movie every Christmas. I cannot tell you why I like this movie or Christmas Story so much but perhaps it evokes memories or it just feels right. Not that they are all that well written or acted, but still I enjoy watching them. Perhaps it is because each of them has hope and love but both being viewed in a very different way. The child in one hopes for something that he finally gets and the other one, the adults hope for the wrong thing, and receive a greater gift than they could hope for.

This year I have intentionally watched as many of the seasonal movies as I can. We record several every day and choose a couple every evening to view. We have also looked for several movies specifically to watch. I am not talking about "It's a Wonderful Life" or Miracle on 34th Street." Those I had seen before many times. I have actually come to the conclusion that perhaps, Wonderful Life isn't even the best Christmas movie by Jimmy Stewart. It is good but two other movies should be noted. "The Shop Around the Corner 1940" is probably better acted and not so predictable. It was the basis later for an updated version, "You've Got Mail" with Tom Hanks. It is a better Love Affair in which reality and fantasy rub up against each other and come to a crashing conclusion. But there is another Christmas movie with Jimmy Stewart, which I recommend even more. Mr. Kreuger's Christmas 1980.

I like this movie even better because it's chief character is an old man as opposed to young adult, who is semi retired custodian instead of being a biz manager or owner, and instead of being hopeful to land a great partner in romance, has just lost the love of his life to death and is grieving.. This is like Blue Christmas meets real Christmas. Blue Christmas is a realistic celebration of Christmas for those who are hurting at Christmastime. This movie Mr. Kreuger's Christmas, portrays what it is like for this older guy to be lonely, suffering, and grieving and still discover the real spirit of Christmas.

These are favorite Christmas movies, but notice I did not mention "A Christmas Story," "Christmas at the Kranks," or "Wonderful Life." Though I like to watch them every year they do not even come close to being a great movie for and about Baby Boomers and Older Adults. Also I only mentioned 4 when I promised a list of 5. My favorite is still to come. This movie I try to watch every year, is about Christmas and it is about love. It is entitled Love Actually. In it the characters all try to find love in so many different places, and they end up learning that love is all around. I have indeed used this movie and quoted it in Christmas eve sermons. Some of the characters are young but most are baby boomers including the chief character, an Aging has been and largely forgotten British Rock star, Billy Mack (played by Bill Nighy) who is competing for the best Christmas Song for 2003 in England. He discovers along the way, the love of friendship. Liam Nelson discovers love through his son when he is grieving over the loss of his wife, Emma Thompson rediscovers love with her mate, Hugh Grant as the Prime Minister discovers love with someone whom he works with. etc. I love the Trogs song Christmas is All Around which was rewritten for this movie.

It's written in the wind, it's everywhere I go
So if you really love Christmas c'mon and let it snow

You know I love Christmas, I always will
My mind's made up the way that I feel
There's no beginning, there'll be no end
'Cause on Christmas you can depend