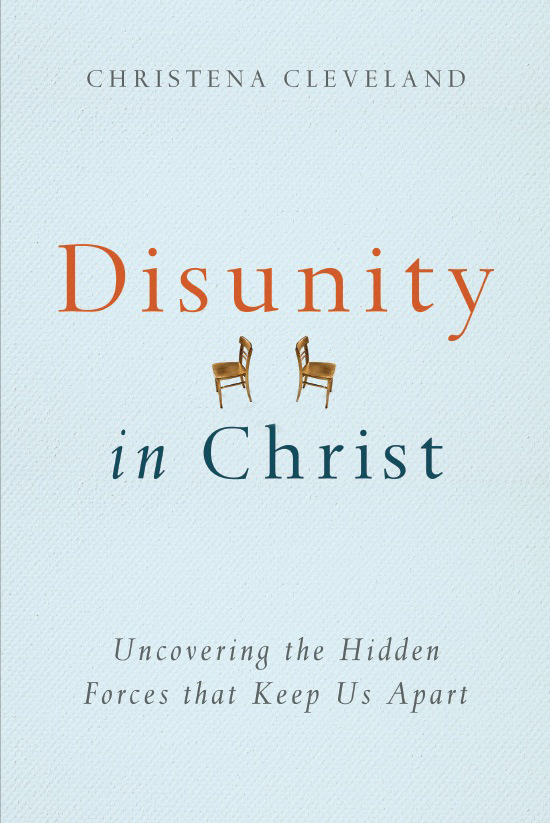 Who are the “wrong” Christians for you? If you had to make a list of beliefs or attributes of “wrong” Christians, what would it include? Being liberal? Conservative? Being a Democrat? Republican? Pro-abortion? Pro-gun control? My guess is you could probably identify at least one marker quickly.

Why is it we are so divided within the church? How is it that we’ve come to feel so disconnected from those with whom we worship? Christena Cleveland gives some helpful answers to big questions in her provocative book, Disunity in Christ. Cleveland, a social psychologist now at Duke, insightfully explores a number of sociological theories such as the “Gold Standard Effect” and “Basking in Reflective Glory” (my personal favorite). She does so in personal, revealing ways as well as in real-world church experiences. This makes Disunity in Christ a fascinating and illuminating read about the dynamics that keep us from experiencing unity.

One dynamic in particular that we should be aware of is what Cleveland refers to as the “out-group homogeneity effect.” This is the dynamic at play when we generalize persons of a different group. “They” (whoever “they” are) are all alike; whereas, we view the people in our group (or in-group) as displaying diverse characteristics. While “they” all think alike, we notice nuances in our own camp. So we might lump all liberals as thinking similarly, while we see the varieties of opinions within conservative positions (and vice versa). We can do this with males, females, children, older adults, and so on. Consequently, we end up with inaccurate assumptions about what others believe, or we box people into positions they may or may not hold.

We take this a step further when we engage the “Black Sheep Effect.” I once heard a district superintendent remark that “the church is the only organization that eats it own.” I am not sure if the Black Sheep Effect is exactly what he was naming, but it certainly seems close. This dynamic happens when we turn on those within our “in-group” with whom we have differences. We make sure to highlight the distinctions between “us” and “them,” even though we share a common identity. I could not help but think of those who share the same worship space within a United Methodist Church, but talk of other United Methodists as if they were part of a devious cult.

Another subtle force that keeps us divided that Cleveland names is the “Gold Standard Effect.” This dynamic exaggerates differences among groups while maintaining the belief that our group is normative, right, or just better. Since our beliefs are what should be normal, we perceive all other groups as sub-groups or less than. Not only is this attitude antithetical to listening and being open to diverse perspectives (which might lead to growth!), it insists that we do not need any other group. In the Apostle Paul’s language, we become an eye saying to a foot, we have no need of you (1 Corinthians 12).

For those who like reading about underlying forces or have a general interest in why the church looks so divided, this is a must-read. I do wonder what would happen if we took Cleveland’s advice to make a spiritual discipline out of listening to people we disagree with. Perhaps we’d not only engage in Courageous Conversations, but we might even rethink our “wrong” Christians list.