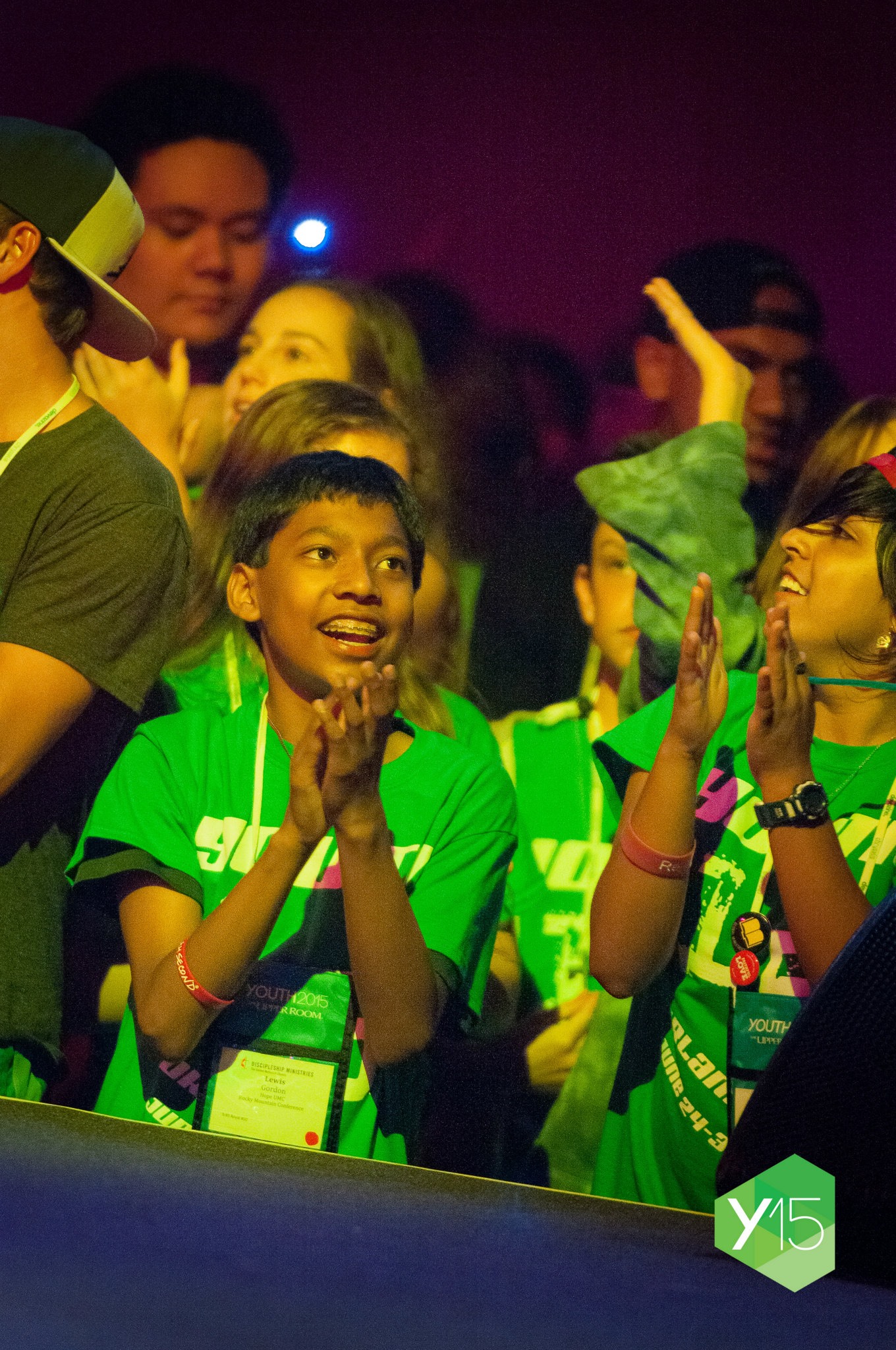 Many youth expressed either hearing or confirming a call to ministry because of YOUTH 2015 (Y15), and others requested to be baptized when they returned home from the June 24-28 event in Orlando, said Michael Ratliff, Associate General Secretary at Discipleship Ministries and head of Young People’s Ministries (YPM).

“YOUTH 2015 definitely created excitement for the youth present at the event,” Ratliff said. “The immersive worship space amazed people during the opening night, opening their minds to a new way of looking at their personal faith. The excitement built during worship became a springboard that launched youth into a variety of ‘God moments’ that will make a difference in the lives of young people far beyond the event.”

Y15 also introduced a language for young people and youth ministers to talk about discipleship in a new, yet familiar, way, Ratliff said.

“By having young people participate in the Means of Grace and talk specifically about what the works of piety and mercy are, a new level of conversation was opened with their youth ministers,” he said. “That conversation will positively affect the growth of the relationship between the youth ministers and their youth, providing some new ideas for directions that youth could grow in the future.”

A total of 4,411 young people and their group leaders from all 50 states and several other countries participated in the event. In addition, 400 more staff and volunteers from Discipleship Ministries and 10 other United Methodist agencies and commissions were there to support the worship and workshops, on-site service opportunities and late-night concerts by Christian artists.

“There were 110 different workshops offered during three days of the event, and virtually all were filled to capacity,” said Chris Wilterdink, Director of YPM Program Development in the United States. “There was a passion to learn and to get everything out of the event that people possibly could.”

Each day, a production crew produced videos of Chuck, from Chuck Knows Church, conducting interviews and having fun with the participants. “Some people knew Chuck, and some people didn't know Chuck. But I think that they all know who Chuck is now,” Wilterdink said. “The videos were posted online and played in the big room each night.” (To see the videos, go to https://vimeo.com/godfilmsfb.) 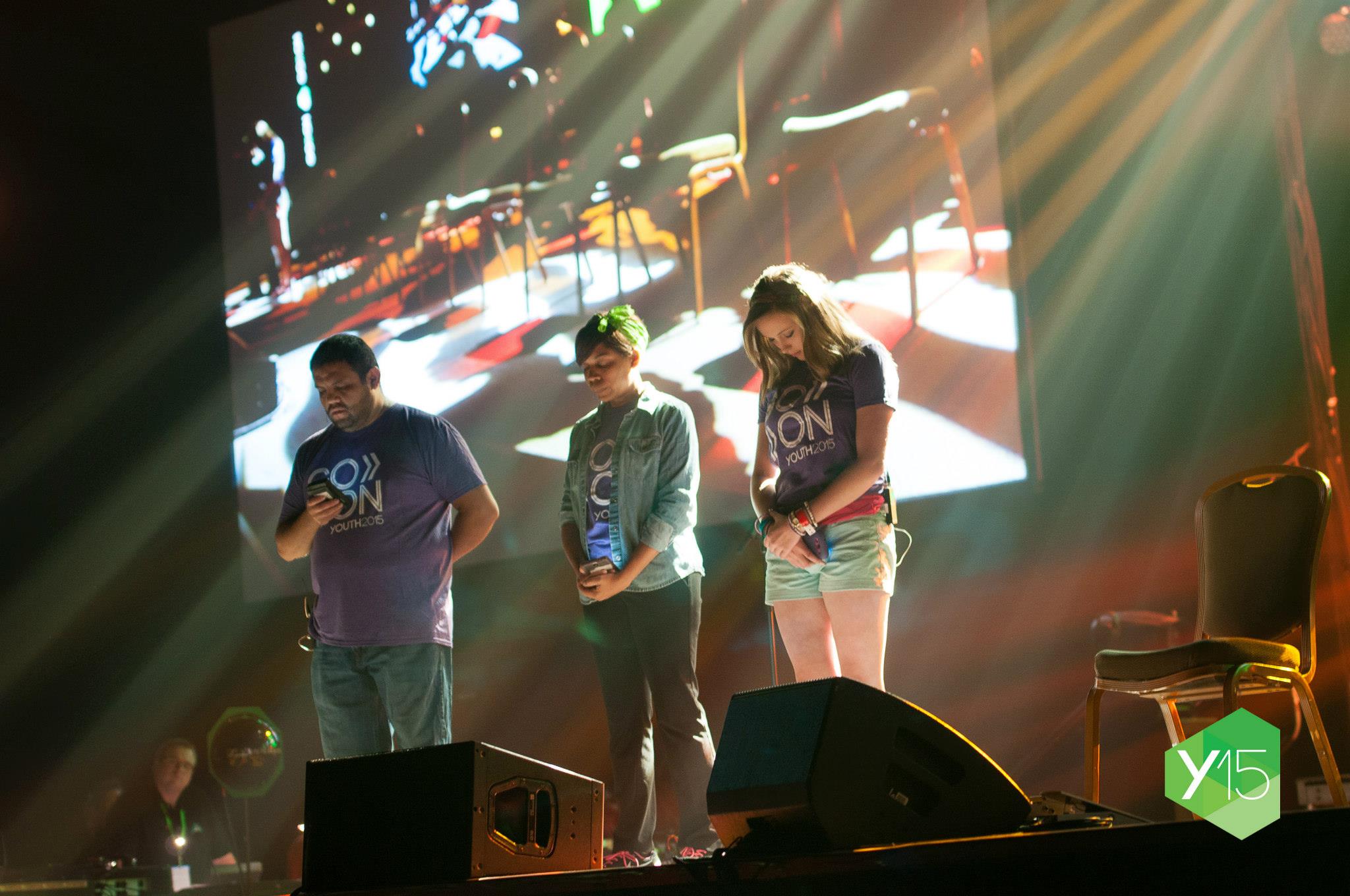 More importantly, the production crew captured worship sessions, bible studies and 10-minute talks on a variety of topics which will combine with a discussion guide to provide video resources to further explore the works of piety and mercy in settings like Sunday school and small groups beginning in 2016.

“We want to create a resource for youth ministries to further explore the works of piety and the works of mercy,” Wilterdink said. “This will be a video resource that features content and speakers from the event, as well as interviews with our design team and in-depth commentary from our Bible study leader, Rev. Sam Yun, (minister of young adults at Los Altos UMC in Los Altos, Calif.)”

Y15 highlighted 20 specific works of piety and mercy that John Wesley called the Means of Grace. “Those 20 items are really specific, tangible things that youth can do right now to grow and mature their faith and go on toward Christian perfection, as Wesley would call it,” Wilterdink said.

Each day at Y15 began with a Bible study for the entire group, followed by workshops. In the afternoon, participants could choose from a variety of mission experiences, attend presentations or conduct devotions. Then in the evenings, there were small group meetings, worship and late night concerts.

During the event, participants bagged and shipped 25,000 pounds of potatoes for Orlando-area hunger agencies and packed 80,000 meals for Stop Hunger Now, a global famine and hunger awareness group. Thirty-one people donated their hair to Children with Hair Loss, and more than 500 stuffed animals were donated to Gleaning for the World, which provides the toys to children in war-torn countries or refugee camps.

“I was particularly excited to see the response to the YOUTH 2015 choir, an experiment at Y15,” Wilterdink said. “The Design Team for the event wanted Y15 to be a representation of the whole of the UMC, and this was evident in the 240-plus member choir that rehearsed as a group three times before leading three songs in worship on Saturday night. The loudest cheers during any moment in the worship space didn’t go to a major Christian musical artist, but to the choir.

“We have a church filled with young people ready and willing to explore their discipleship using the means of grace, who can also express their faith through their gifts and talents. Ultimately that may be the most exciting thing of all,” Wilterdink said.